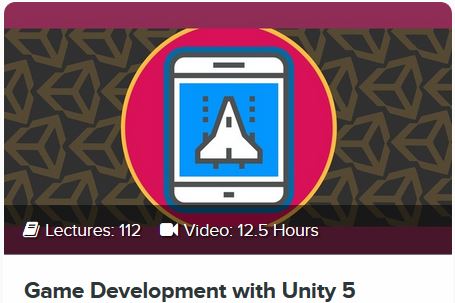 Game development is an ever changing, constantly improving, and highly dynamic area to work in. Things are on the move constantly, and if you're not careful you can get left behind. That's why it's important to keep your skills at the top level and to familiarise yourself with the latest tools and programs out there. This course will do just that by getting you up to speed with Unity5, the newest version of one of the industry's leading development engines. 2KO is an IT consulting and training company, offering both business services and multi-platform training. 2KO Africa's wide range of computer courses are available as full time classes, or as online learning.

THIS ONLINE COURSE IS TEMPORARILY UNAVAILABLE

Whether you're completely new to game development or have gained some experience developing games with Unity already, this course is for you. With 85 lectures and 9.5 hours of content, it takes starts off at beginner level and advances up to more complex projects.

This course goes beyond merely explaining or showing you how everything works; you'll be shown how, and then you'll do it for yourself. As you progress through the course you'll create three games of increasing complexity; a trivia game to demonstrate programming basics and show you the Unity user interface, followed by a 2D platforming game, and to finish, first person shooter game complete with visual effects and artificial intelligence.

This course emphasises coding and development, and is suitable for anyone who wants to learn to develop games or learn how to code. To start this course, you will need to have Unity installed on your computer; we'll show you everything else from there.

Unity is a games engine used to create and develop 2D and 3D games and interactive experiences. It is fast becoming the industry standard for creating multiplatform games. Unity5 is the latest version of the tool, and includes a number of advanced powerful features such as a 64-bit editor, frame debuggers, graphics command buffers, and more.


Introduction to the course

What is Unity 3D

Wrapping up the Basics of the Unity Editor

Introduction to scripting and ui

Introduction to Scripting and UI

Assigning The Question To The UI

Getting The Question Numbers

Commenting The Code And Final Touches

Overview of the 2D Platformer

Creating the Project and Importing the 2D Package

Setting Up The Elevator Platform

Setting up the Kill Floor

Creating The Ui For Health

Spinning The Buzzsaw And Depleting Health

Setting Up The Knockback Function

Transitioning To The Next Level

Making The Buzzsaw Move Up And Down

Showing A Message At The End Of A Level

Freezing The Player At The End Of A Level

Creating The Project And Importing Assets

Building The Scene For Character Navigation

Baking The Nav Mesh And Setting A Desitination

Casting A Ray To Check For Player

Making Enemy Look At The Player

Tilting The Enemy When Going Up Ramps

Giving The Enemy An Animation

Cleaning Up The Ai Test Scene

Hiding The Cursor And Fixing Healing

Improving The Collision For The Player

Setting Up The Charging Station

Building the level for the 3d shooter

Making Some Of The Environment Prefabs

Making The Rest Of The Environment Prefabs

Setting Up And Animators For The Door And Door Switch

Unlocking A Door With The Door Switch

Changing The Door Appearance When Locked

Adding Lights To The Prefabs

Setting Up The Scene For Level Building

Finishing The Rest Of The Walls

Laying Out The Props For The First Room

Laying Out The Rest Of The Props In The Level

Adding The Enemies And Their Paths

Locking The Doors And Targeting The Player

Adding in the audio for the 3d shooter

Overview of Adding the Sounds and Finishing the Game

Going Over the Sound Effects and Adding Ambient Sound

Setting Up The Snapshots For The Reverb Effect

Setting Up The Snapshot Triggers

Final Fixes And Making The Build